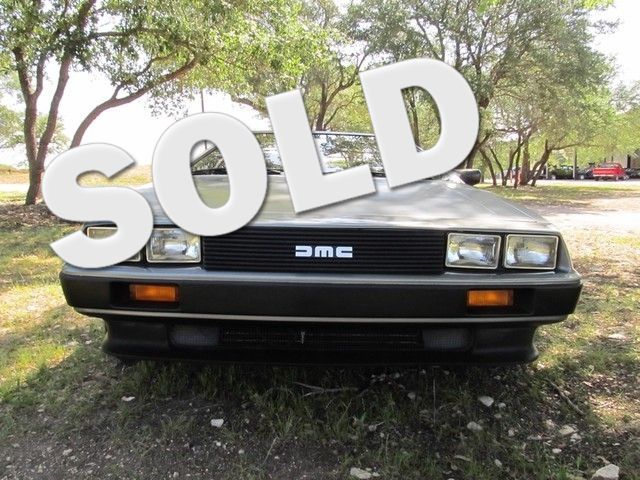 This is a time machine condition wise, well documented with build sheet and receipts. The car starts right up with very little effort and drives extremely well. The driver's side seat and dash board has some cracking, however, the dashboard has a nice custom black dash cover installed on it. It's amazing how much attention this automobile attracts. As you drive down the road, people point and stare. When stopped, they come up and want to take a close look and even take pictures. John Delorean was a very well accomplished American engineer and executive in the U.S. automobile industry most notably with General Motors. He was known for developing the Pontiac GTO muscle car, the Pontiac Firebird, the Pontiac Grand Prix and of course, the ever so famous DeLorean DMC-12 sports car which was later featured in the 1985 film, "Back to the Future". John's Vision and inspiration for the " Delorean " was to create a car that would last for 20 years. Little did he know they would become a rare Collectors Investment automobile. This particular car is one of only 6,500 known to exist of the 9,000 originally produced.